Should cars have an expiry date? 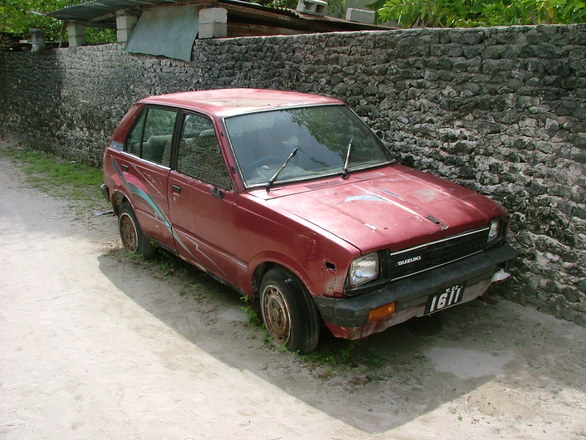 In the next ten years, the Indian government and the Society of Indian Automobile Manufacturers (SIAM) anticipate the country’s automotive industry will explode to upwards of $300 million in value terms; generating up to 12 per cent of India’s GDP.  It’s this unprecedented surge in demand which will lead to more cars on Indian roads and the need for older vehicles to be scrapped.

But the Indian government is not simply sticking an arbitrary number of years on the lifespan of a vehicle; it is set to implement a policy that takes into account a vehicle’s actual performance.  By conducting bi-annual periodic emission checks, the government will determine a vehicle is not fit for road use should it fail these tests, deeming it fit for scrapping.

It’s a difficult subject, typically because many vehicle owners grow very attached to their cars and have worked to maintain them in the best possible condition.  To some, cars aren’t just a means of transport either, they are a way of life.

However, with saturated roads and automobile markets, in India it’s a solution to a growing issue.  Whether it would work in the same principle in the UK is an altogether different debate, but there’s no doubt that older vehicles emit dangerous levels of pollution.

Every year, two million end-of-life vehicles are processed in the UK, designed to remove and store potential toxins such as fuel, oils and brake fluids that are potentially damaging to the wider environment.

The End of Life Vehicle Directive, as stipulated by the European Union, sets clear targets for reuse, recycling and recovery of ELVs and their components. It also pushes the limits of vehicle producers to manufacture new vehicles without such hazardous substances.

At ASM Auto Recycling we have invested significantly in state-of-the-art de-pollution rigs, designed to process abandoned and end-of-life vehicles in accordance with the EU’s ELV Directive.

For more information on our Authorised Treatment Facilities take a look at our detailed guide to end-of-life vehicles in the UK and how our vehicle de-pollution process not only minimises the risk to the wider environment but breathes new life into tens of thousands of second-hand car parts that can be fitted into different cars to work with ease.