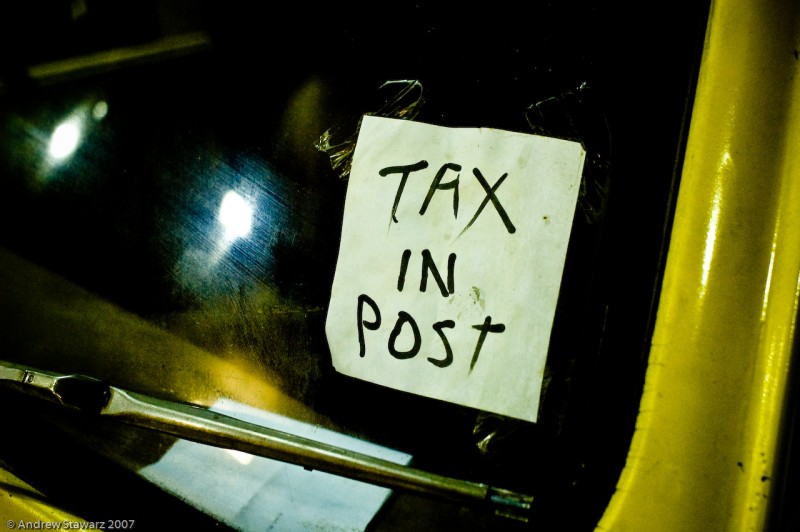 Some time has passed since the tax disc revolution of 2014, when the traditional UK method of displaying car taxation was replaced in a governmental cost-cutting measure.  We’ve put together an up-to-date guide on vehicle tax, better known as Vehicle Excise Duty, to provide clarity to our driving readers – old and new.

How is vehicle excise duty calculated?

The amount of tax you pay on your vehicle is based on the amount of carbon dioxide (CO2) it emits into the atmosphere.  The rates are variable, divided into bands from ‘A’ to ‘M’.  Each band signifies the amount of emissions allowed by the vehicle, plus the first year tax rate and annual rate after first year.  ‘A’ is the band for vehicles with the least CO2 emissions, all of which are currently completely exempt from car tax.

All petrol and diesel cars – those registered after 1st March 2001 – are subject to these two aforementioned tax rates.  The first year tax rate applies (as you might expect) only during the first year after the car was registered as new.  The annual rate after the first year applies for all subsequent tax years.  Both rates are calculated using official figures for expected CO2 emissions per vehicle.

Currently, alternative fuel cars – such as plug-in hybrids, electric vehicles and those using natural gas or biofuel – tend to cost £10 less than a regular petrol or combustion car in the same band.

The tax bands in their current state will stay in place until 31st March 2017, after which point multiple changes are due to take effect.  More on this below.

Cars which were registered before 1st March 2001 are taxed rates based on engine size.  Generally, those with engines smaller 1549cc pay £145 per year while larger models require a yearly payment of £230.

However, after 1st April 2015, a rolling 40-year car tax exemption for classic vehicles has been established.  In other words, if your vehicle was built 40 or more years ago at the time when April rolls around each year, it should fall under this exemption.

Cars registered as new on or after 1st April 2017 should expect to see major revisions to vehicle tax policy.

To top the list of things to be aware of: first year rates will be altered, although they will still be calculated based on amount of CO2 emissions.

Second of all, a new model will replace the annual rate after first year.  Currently variable, following April each tariff in bands ‘A’ to ‘M’ will be a flat rate of £140 per year after the first year.

Furthermore, there is the new £40,000 rule.  Cars bought at over £40,000 – including zero-emissions vehicles – will pay a supplementary £310 per year for five years after registration.  That’s £1550 in total for a period covering the second to the sixth year of ownership.

Is my vehicle being taxed?

It’s still relatively easy to confirm whether the car you’re driving is paid up in vehicle excise duty, even without a tax disc on display.  If you’re unsure about a rental car – or simply want to check your own tax status – you can use the make of car and registration details to find your tax information with this government website.

How can I pay for vehicle tax?

Generally motorists are expected to pay vehicle tax in advance through the DVLA.  Payment via direct debit is also a possibility, in annual, biannual and monthly payments.  It’s worth noting, however, that biannual and monthly transactions are coupled with a 5% surcharge.

What happens to vehicle tax when I buy or sell?

Previously, leftover tax on used cars would transfer to the new owner on purchase.  However, this is no longer the case.  When buying a car, it is expected you will complete its taxation procedures immediately via the DVLA website or a Post Office.  Sellers, meanwhile, will instead receive a full refund for any of the months remaining.

Sellers beware of timing; you will only be refunded car tax for full calendar months.  Making a transaction one week into a given month will entail taxing the vehicle for the whole of that month, regardless.

How are tax evaders caught?

Where enforcement agents could previously perform a simple inspection of vehicle tax discs, checks are now performed entirely digitally.  The police, the DVLA and other agencies utilise automatic number plate recognition cameras (or ANPR cameras) linked with a nationwide electronic vehicle register.  Physical checks are truly a thing of the past.

While car tax can appear to be a complicated business, we hope this guide proves useful and simplifies matters for you whether you’re buying, selling or simply maintaining your current tax status.