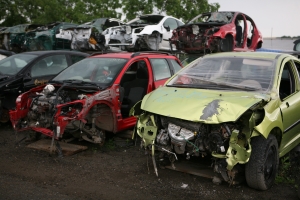 New questions have been raised over the links between the police and companies offering speed awareness courses, with motorists potentially risking major problems if they fail to tell insurers about courses.

Insurers have admitted that they currently treat speed awareness courses the same as penalty points, and it’s feared that failing to declare taking part in a course could invalidate an insurance policy.

The courses allow drivers to avoid having penalty points on their licence, and cost between £80 and £150.  Campaigners have said that this lulls motorists into a false sense of security that the courses do not have to be declared.

Insurers, though, mostly operate a ‘catch-all’ policy regarding any matter that could affect your driving, and failing to declare a course could well be included in this list.

Ian Belchamber, a campaigner running an anti-speed campaign in Dorset, told the Telegraph:

“The police’s actions are potentially resulting in people driving uninsured because they haven’t told motorists to tell their insurers about the speed awareness course.

“I would make sure your insurer knows you’ve been on a course regardless of whether they specifically ask for that information.

“If you are involved in an accident and the insurer looks into your history and sees you’ve been on a speeding course they could say ‘You didn’t tell us about this, you’re not covered’.”

Tim Ryan, the deputy chairman of the British Insurance Broker’s Association, confirmed that insurers were perfectly entitled to raise premiums of drivers who had attended one of the courses.

“Insurers rightly increase premiums for people attending speed-awareness courses” he said earlier on in the year.

‘They have still broken the law on the road but are just taking their medicine differently.

“Drivers might avoid penalty points on their licence but car premiums could still leap significantly, which insurers are perfectly entitled to do.”