Parking permits increase to force diesel cars off the road 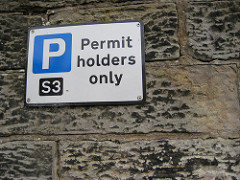 A number of local councils are raising the price of parking permits for diesel vehicles that were previously regarded as environmentally friendly due to reduced CO2 emissions.

There are increasing fears amid Government officials that diesel vehicles actually lack the green credentials that they had been previously been given.

Following a report from the Department for Environment, Food and Rural Affairs, it is believed the diesel vehicles actually emit too many small polluting particles which can damage the air quality of inner-city areas with high levels of traffic.

A spokesman for Environmental Protection UK, said: “Local authorities in the most polluted urban locations must start encouraging residents to choose petrol over diesel. This could be achieved through simple measures such as differentiating between diesel and petrol vehicles for residents’ car parking charges.”

However, diesel vehicles account for a quarter of the cars on the road and automotive experts are opposed to the idea of penalising diesel owners.

Edmund King, the AA’s president, said: “Punishing someone for owning a diesel car that produces up to 20 per cent less CO2 than the petrol version is ludicrous. Councils are plundering residents’ parking for money to balance their budgets.”

It is unknown whether this crackdown on diesel vehicles as local air pollutants carries much weight, but some owners of older diesel models may be tempted to scrap their vehicle in exchange for a newer, greener petrol model.