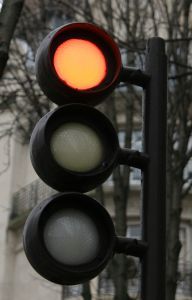 The Department for Transport (DfT) has announced new plans to innovate and streamline motoring agencies in the UK, whilst also trying to improve the driving test and tackle the shortage of lorry drivers.

The government’s consultation, which will close on 8th January 2016, was created in order to help streamline public services.  Saving the taxpayer money is the primary aim, with alterations to the driving test to help increase the pass rate one of the first issues tabled.

Currently, 21 per cent of driving tests result in a first-time pass, with most passes coming in repeat examinations.  The changes would include asking learner drivers to pay a deposit on their test which would be returned if they passed, thus reducing the amount of drivers taking a test despite not being at pass level yet.

Private testing of HGVs is being considered, as are a number of methods for reducing the shortage of large goods vehicle (LGV) drivers. This is one of the biggest issues facing the haulage industry today, and it’s hoped that streamlining the application process and improving information sharing between different agencies could help potential LGV drivers to faster obtain their licence.

“This is a bold and ambitious approach aimed at putting the user at the heart of everything the motoring agencies do.

“They provide a valuable public service, from issuing driving licences to taking dangerous vehicles off our roads and I want to make sure they are able to operate in the most effective way.”

“We think that now is a good time to take stock of where the DVLA and DVSA are, and how they can best meet motorists’ needs in what is a rapidly changing automotive environment.

“It is no coincidence that this latest plan for ‘innovative and streamlined’ motoring services comes at a time when the department is under pressure to deliver huge budget cuts for the Treasury.

“We trust that these improvements will deliver efficiencies for the motoring agencies and their customers, as promised.”

In response to the LGV driver shortage, Mr Keaney added:

“The BVRLA has been calling for private sector testing of HGVs for some time, as we believe this would build on the successful roll out of ATFs by providing an even more flexible and efficient testing service for operators.

“We continue to work closely with the DVSA on its support its plans to develop a more targeted enforcement regime that focuses on non-compliant fleets while recognising the commitment that BVRLA members have made to safe HGV operations.

“Both these initiatives would produce real benefits for the road transport sector.”