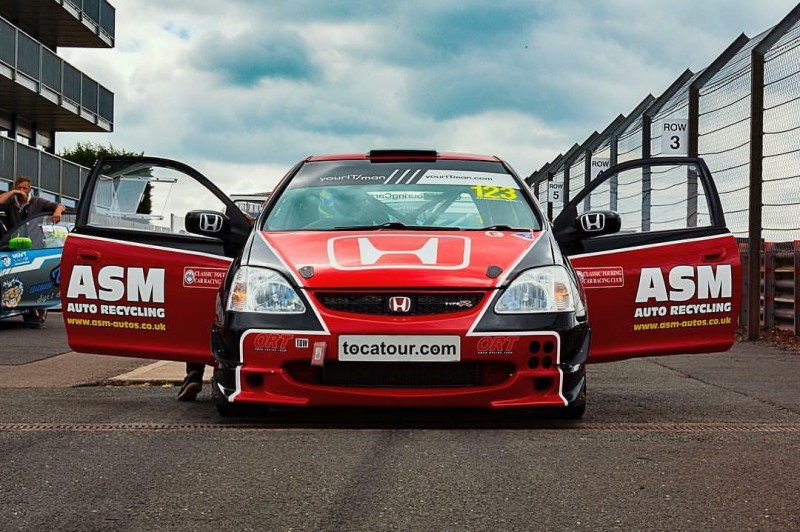 ASM Auto Recycling would like to announce its latest sponsorship commitment to the Owen Racing Team, a father and son touring car team which competes in the Pre-2003 Classic Touring Car Championship.

AJ’s father, Craig, has been racing touring cars since 1990 and when AJ started in 2011, their father-son racing team was born.  ASM has agreed to sponsor the team, adorning their touring cars with the ASM logo on the doors of their touring cars which will be visible throughout all 16 staged events of the championship season.

An ASM Auto Recycling spokesperson said: “Given what we do as a business, coupled with the fact that AJ is a long-serving member of staff, our sponsorship seemed a natural fit.

“We are delighted to support AJ and his father, Craig, in their pursuit of more success in the 2017 Pre-2003 Classic Touring Car Championship.”

Formed in 1974, the Classic Touring Car Racing Club came about when a group of amateur racing drivers sought to promote affordable racing in popular saloon cars of the 1950s and early-60s.

ASM Auto Recycling is delighted to be sponsoring AJ and his father in their racing pursuits.  We wish the team all the very best on many of the UK’s most prestigious racing circuits in 2017 and beyond.